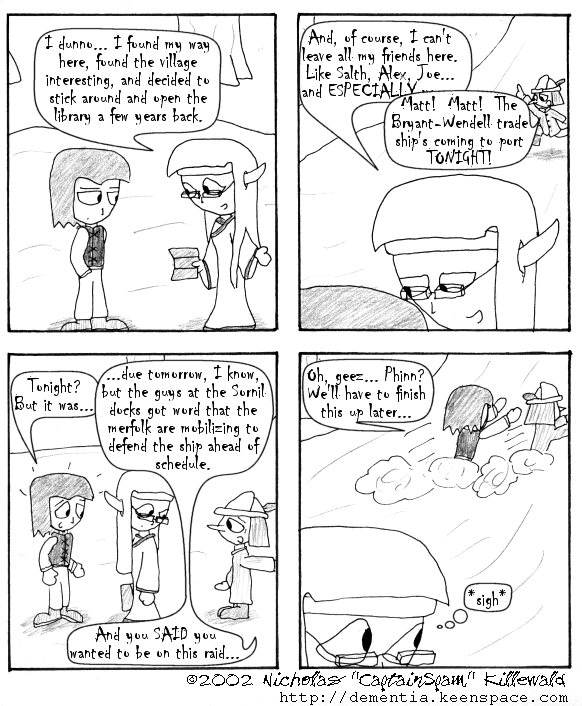 There's a lot to go over today.

First, off, the Bryant-Wendell trade ship originates from a country across the Great Ocean known to the Landis people as Tuscaloosiana, a very well-known trade and science country on the opposing continent.

Second, Sornil is one of the major port towns in Landis. It sits in the northwest of the kingdom, bordered on the west by the Great Ocean, on the north by Terakol.

Third, merfolk commonly assist and defend trade ships against pirate ships near major port towns. Out in the far reaches of the ocean, said merfolk aren't as organized, so all they can count on are rogue vigilantes, though their numbers are rare indeed. Plus, merfolk aren't very good at defending from thief raids once the ship is docked. Merfolk don't fare well on dry land (They can live outside water, they just can't move around well).

Fourth, since this is Matt's main source of income (thievery), and since he didn't hear Phinn's subtle hints when Jacob interrupted her, he DOES consider this a wee bit more important than a chat with Phinn. He's rather oblivious.